Andrea Rounds is a specialist in institutional advancement for cultural, educational, and community organizations. Recent projects include the Bristol Art Museum, Mt. Hope Farm and Tinker|Bristol, an initiative to develop a maker space and manufacturing incubator for Rhode Island. Her fundraising experience includes serving as Chief Development Officer for Citi Performing Arts Center in Boston, Director of Development for Arts & Sciences at Columbia University and Regional Director of Major Gifts at Brown University. Prior to her career in philanthropy, she was President of Dodger Touring, a theatrical booking and marketing company that represented the North American tours of Broadway musicals and plays, such as Disney’s Beauty and the Beast and Tony Kushner’s Angels in America. She has held leadership positions with the National Alliance of Musical Theatre and the League of Historic American Theatres. Andrea holds a M. A. in Performing Arts Management from American University and an A.B. in Comparative Literature (Greek and English) from Princeton University.

“We are excited that Andrea will be joining our team to help with this project as we search for a permanent Executive Director, “said Alison Vareika, Chairman of Board of NPAC. “She knows first-hand the transformative power of a theater revitalization project and has a proven record of excellence and innovation in fundraising and creative programming for theaters and performing arts centers.  Andrea’s depth of experience leadership is exceptional, and her record of hands-on management in theaters and non-profits brings a unique set of talents to direct the Opera House and Performing Arts Center”.

“We greatly thank Brenda for her hard work on behalf of NPAC,” added Vareika.   “We were saddened to hear of her resignation, but thank her for her wonderful leadership and work during the critical early stages of construction. She arrived at a critical time in the project and oversaw the ground breaking of the restoration, the successful completion of Phase 1 of construction, and the completion of fundraising to receive the full match from the Rhode Island Cultural Bond.  While serving as Executive Director,  she also directed numerous events for the Opera House that showcased examples for world class performing artists that will be performing on our stage — including those who performed at our Soiree Series, our fundraising event in May, and other events sponsored by the Opera House.”

Constructed in 1867, Newport’s Opera House Theater is among the 10 oldest surviving opera houses in America and the oldest surviving theater building in Rhode Island.   The revitalized Opera House Theater will once again present world-class arts and entertainment —dance, music, theatre, and much more – and will contribute to the economy by bringing year round jobs and renewed vitality to Washington Square and Newport’s historic downtown. 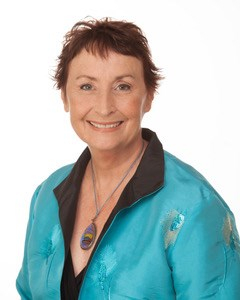